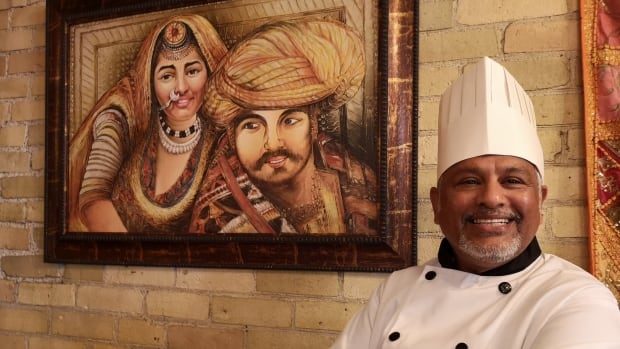 Today’s weeknight meals were once fit for a king: Andrew Coppolino

Margherita pizza was created to honor an Italian queen in the early 1900s, while Bearnaise sauce honored a French king in the 1500s.

Quinoa was considered a gift from the gods and revered by the people of the Andes. today it is a common “superfood” found in supermarkets.

The pozole soup you could buy at Mynor Garcia’s American Latina Grocery and Restaurant in Kitchener, Ontario began as a sacred dish for the ancient Aztecs and used the revered ingredient hominy.

Although he is of Guatemalan descent, the restaurateur and shopkeeper says he loves the dish they periodically serve at the Victoria Street store.

“Chicken pozole is probably one of my favorite soups,” says Garcia.

In Praise of Simple Foods

In fact, often the humblest and most common foods we eat today originated as part of a banquet for royalty and aristocracy.

Plain biryani rice, a staple grain that feeds millions of people in their homes and restaurants, is an ancient dish of Persian and Indian cultures – the former influencing the latter.

An origin myth speculates that the biryani was made for a Mughal queen for whom the marble Taj Mahal mausoleum was built in Uttar Pradesh, India 400 years ago.

The biryanis and kormas we eat in Indian restaurants today – often sold by street vendors in India – are essentially those prepared centuries ago, says Ritesh Bhargava, chef and co-owner (with his wife Jenny) of the restaurant. Indian Masala Bay from Waterloo.

“Our cuisine is Mughlai from the north [of India]. It was the cuisine of emperors,” Bhargava says. “From there, it becomes part of our culture and we cook the same way they cooked in those days.

This, of course, predates British colonialism and the East India Company which wreaked havoc on the region, and England’s love of “curries” – the Indian food which has long since supplanted the fish and chips as a “national” dish.

It’s also worth noting that centuries before Western cuisine’s playful experimentation with molecular gastronomy in the 1990s, an Indian chef artfully crafted sugar and painted it to look like “jeweled” individual grains of rice. for his patron emperor.

When it’s on the menu, and regardless of our social standing, we can all eat “forbidden rice,” a rare variety of low-yielding black rice that was once only served to emperors. Peking duck and many other roast duck dishes were served to royalty during the Yuan dynasty of 450 CE.

You probably won’t find traditional bird’s nest soup (made with hardened bird saliva), but you can find versions of it occasionally in Chinese restaurants, and especially on so-called menus. specials.

Meanwhile, royal dishes like shark fin soup have been eradicated, for the most part.

To move to the center of the South Asian peninsula, there has long been a “royal Thai cuisine” that can be enjoyed in restaurants.

At MiMO Thai Kitchen and Loloan Lobby Bar in Waterloo, the popular massaman (or mussaman) curry is on the menu: the old restaurant is a basic combination of chicken (or beef), potatoes, carrots and coconut milk ; this one, spicy lamb with rice and legumes prepared in a clay pot.

Likely originating from a combination of influences from Persia, the Indian subcontinent and Malaysia, the dish originated in Siam (modern central Thailand) at the court of the Ayutthaya kingdom over 400 years ago. year.

However, Thai cuisine is often defined by pad Thai. Found in all Thai restaurants, it’s not a “royal” dish per se, but rather an “official” dish essentially created by a Thai prime minister in the late 1930s, according to food journalist Alexandra Greeley.

With likely origins in a Chinese dish, Pad Thai translates to “Thai-style stir-fried rice noodles” and has become the national dish that has been enjoyed around the world.

Plaek Pibulsonggram wanted to establish a national dish that identified and unified Thailand as he attempted to not only modernize and “Westernize” the country, but also support farmers and the economy.

From his seat of power, Phibun, as he was known, fostered a national dish for the masses, pad Thai, and a sense of pride that wherever we are, we can happily sip and savor in our daily lives.

A Jack Harlow meal is coming to the KFC menu very soon! | KIIS-FM