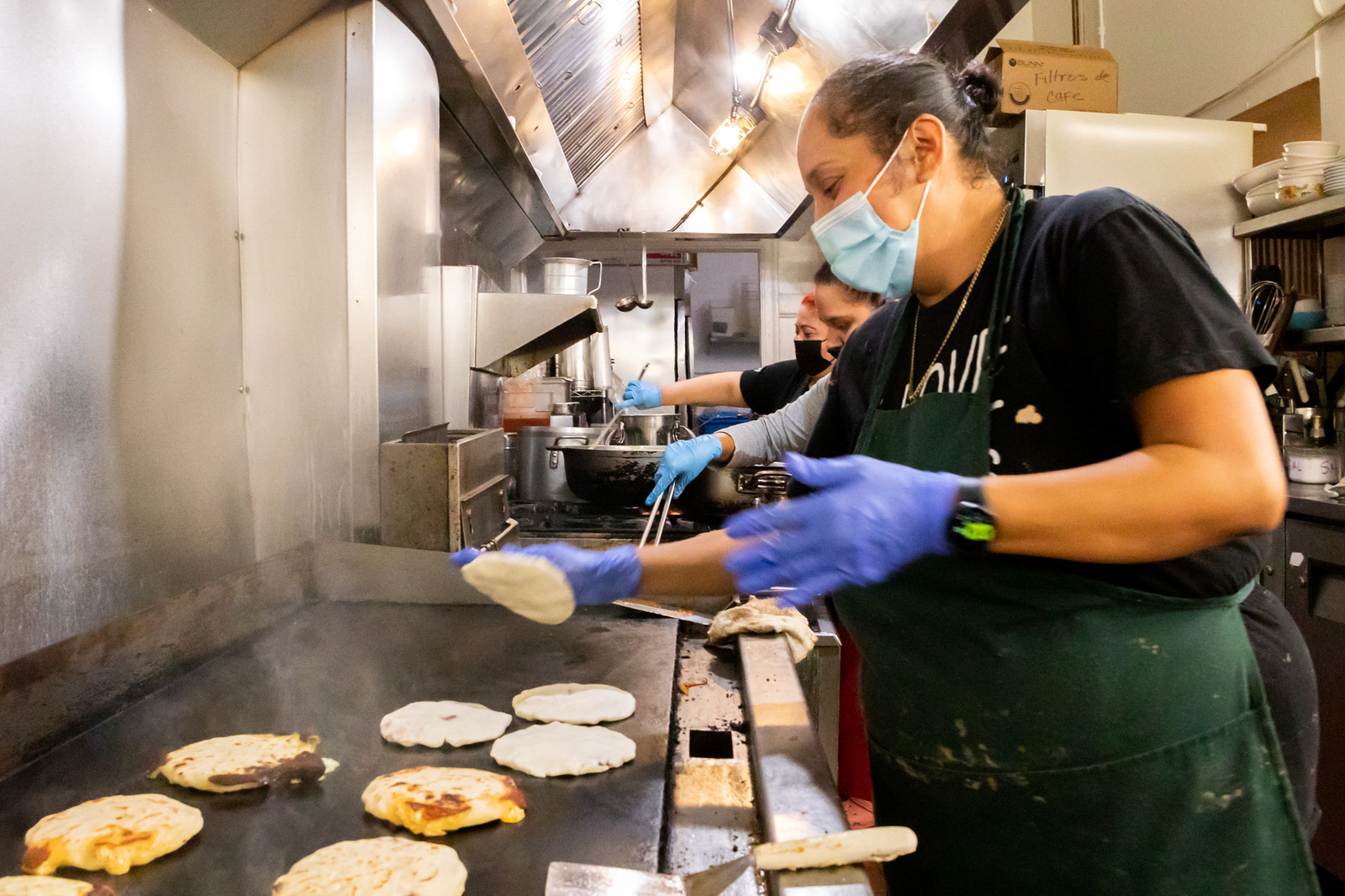 This SF staple has kept menu prices low for decades

A mishmash of businesses lines Valencia Street in San Francisco’s Mission district. No matter what night of the week, cars hurtle down the road, the sound of laughter echoes through bars, and the aroma of a grilled dish lingers in the air. And just before the end of the evening, the locals head to Panchita # 2.

The Salvadoran restaurant at 3091 16th St. has been a Mission staple since 1989 where hundreds of handmade pupusas – its specialty – are prepared daily. A quick glance at the menu reveals about a dozen different types of pupusas with the revuelta – a mixture of pork, beans and cheese – as its best seller. And for around $ 8, hungry guests can order two pupusas topped with a generous pile of coleslaw and tomato salsa.

“When we opened they were $ 1.75… and now we’re doing two for $ 8 or three for $ 11,” said Doris Vargas, who runs Panchita alongside her mother and owner, Doris Campos. “They started out very cheaply and then over the years we’ve increased them by 25 cents or 50 cents. We want to keep it affordable.

In 2008, Campos began offering popular pupusa offerings as a way to keep business afloat during the recession. Vargas remembers when his mother set up a grill just outside the restaurant that same year to “attract people” who walked along 16th Street Panchita’s # 2 managed to get out of 2008 in one piece, and Campos has decided to keep the pupusa deals as the backbone of his business, and they don’t plan to raise prices anytime soon.

Vargas, who is 30, has spent the last 15 years of his life working in the family business. She started at the front of the house before finally making her way to the kitchen. It took him about three years to master the skills to fashion a pupusa by hand. Now you can find her alongside a team of 10 other skilled laborers who make pupusas from 300 pounds of masa Monday through Thursday. From Friday to Sunday, the team can do up to 4,500 pupusas on their busiest days.

“Fortunately, we have a big blender … but it takes two to lift it [the 100 pounds of masa] up to a small stool to reach it, ”Vargas said. “We are a small team but we are a powerful team.”

The process begins by mixing the masa until it has a soft, supple consistency. After the staff have finished preparing the various meat and vegetable fillings, they grab a small ball of dough and create a central opening with their fingers to resemble the shape of a nest. The filling is placed in its core then the dough is closed by a rotating movement of the hands. Any excess dough formed at the top of the pocket is removed before skilled workers flatten the mound into 1 inch pupusas that go over a sizzling grid.

Panchita’s # 2 opened two years before Vargas was born when his mother immigrated to the United States from El Salvador at the age of 26. Campos found work in San Francisco alongside his mother, Rosa Emilia Salgado, at a former Panchita’s on 17th Street between Mission and Valencia. At the time, the 17th Street location was primarily a Mexican restaurant that offered only Salvadoran fare, the San Francisco Examiner wrote in 1989.

According to Vargas, Salgdo was a longtime restaurant worker who suddenly became the restaurant’s new owner after her previous owners were unable to pay her for her work. Instead, they offered him the business. (Salgado, who was affectionately known as “Panchita” to family and staff, passed away this week.)

Campos helped his mother run Panchita’s day-to-day operations while occasionally working in other Salvadoran restaurants around San Francisco. Campos would end up meeting Eloy Vargas, a regular Panchita customer, during one of his shifts. The couple would get married and later save enough money to open Panchita No.2 on 16th Street, which was only one block from the original Panchita.

“My mother had the opportunity to open the 16th location, and with the support of my father and his family, who came from Tijuana, this is how Panchita No.2 opened its doors,” said Vargas. “When my mother left [the first Panchita’s] to open his, my uncle and grandmother stayed there, but eventually closed it a few years later.

Over the years, other Panchita’s restaurants have opened around San Francisco, each independently run by different members of Vargas’ extended family, but today Panchita’s # 2 is the latest, at least. for the moment.

Vargas and her husband, Pedro Macchiavello, whom she met at the restaurant when he started working as a chef, hope they can carry on the family tradition and expand to the Excelsior later next year.

Before Vargas started working full time at Panchita No.2, she was completing her BA in Economics at San Francisco State University. She said her parents were first surprised, then delighted, when she told them of her interest in continuing to work at the restaurant for the long haul. But the hotel industry has always fascinated her. Whenever she learned of a long-standing family business in the city, Vargas said she often dreamed of the family members running them decades after they opened. And that made him want to invest more in his own family restaurant.

“It has kind of been the nucleus of a family, and not just for us, but for a lot of people who have come and gone from Panchita.”

The 21 best restaurants in Prospect Heights