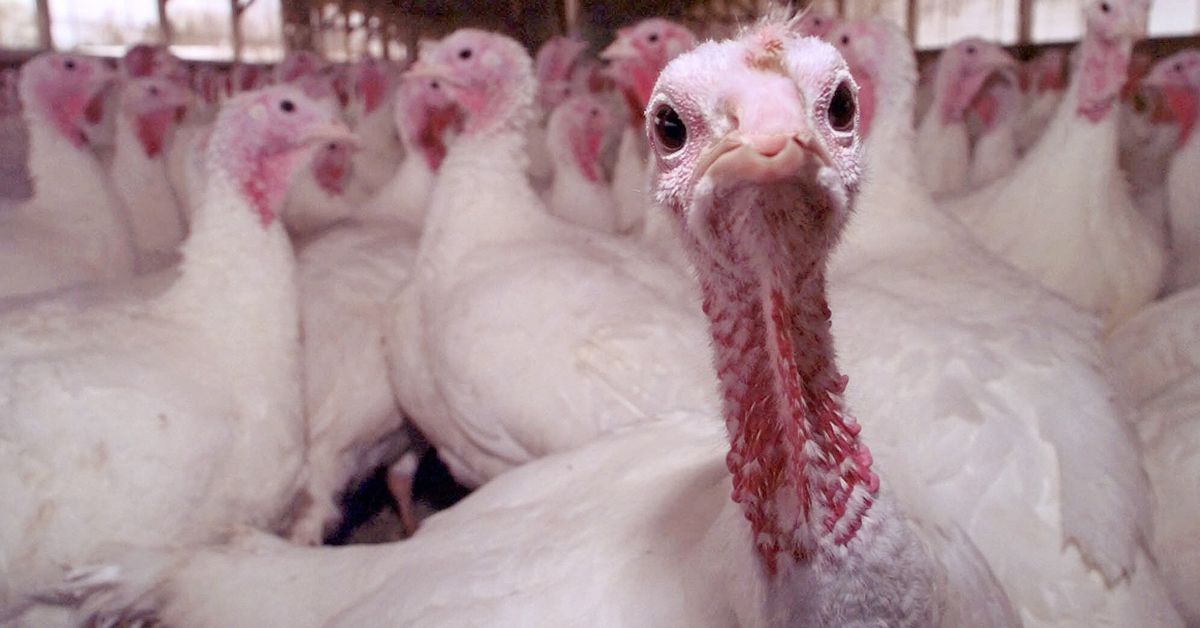 Families getting ready for Thanksgiving are likely to see higher prices in grocery stores and fewer small turkeys to choose from, experts say.

The average cost of a Thanksgiving meal is up 14% from a year ago, according to a report from the American Farm Bureau. A Thanksgiving turkey is 24% more expensive this year, at an average of $ 1.50 a pound, or $ 23.99 for a 16-pound bird.

Labor shortages and global supply chain problems caused by the coronavirus pandemic have put a strain on the meat industry. This has driven up the cost of a “through the roof” turkey this season, explained Andrew Neva, owner of Northwest Meat Co.

“Our meat industry is all about getting as many people as possible in such a tightly packed facility and breaking down the animals as quickly as possible,” Neva said. “If you don’t have the resources and the people to meet this volume … it’s a recipe for disaster.”

Neva, whose company provides restaurants and hotels in Chicago, said it had to charge record prices for turkey this season.

Farmers are predicting turkey demand nine months in advance and have been cautious with this year’s estimates, due to the unpredictability of the pandemic, according to Veronica Nigh, senior economist at the American Farm Bureau Federation.

When the economy began to recover and vaccines became widely available, farmers anticipated more Thanksgiving gatherings and fed the turkeys more. Therefore, the smaller birds can be hard to find in grocery stores, Nigh said.

At Ho-Ka Turkey Farms in Waterman, about an hour’s drive from Chicago, Robert Kauffman has raised about 60,000 turkeys this year. It sells to Chicago area retailers including Pete’s Fresh Market and Tony’s Finer Foods.

There’s plenty of turkey for everyone, Kauffman said, but a shortage of truck drivers and meat-packing workers has caused production delays.

Kyle Zimmerman, co-owner of Harrison’s Poultry Farm in suburban Glenview, a poultry wholesaler for North Coast restaurants, has noticed a reduction in the supply of cheaper frozen turkeys.

“Normally we can buy as many of these birds as we want,” he said.

Companies that pack the birds “are lacking in help” and are struggling to keep up with demand, Zimmerman said.

Likewise, restaurants planning Thanksgiving specials are balancing high prices for turkey and other ingredients with a shortage of waiters.

Gene & Georgetti, an Italian steakhouse from River North, will offer their usual salmon and steak options, in addition to turkey.

“In addition to the very traditional Thanksgiving items, we have a good mix of options for people to eat,” said Michelle Durpetti, owner of Gene & Georgetti. “It becomes advantageous because then we are not just turkeys.”

Catering by Michael’s, based in Morton Grove, will prepare food for Thanksgiving guests and for a pantry at Northwestern Settlement in Logan Square. Operations manager Jeff Ware has noticed that the birds tend to be bigger this year.

Ware said the cost of ingredients and packaging has jumped this year – an additional burden on a restaurant industry that is still trying to get back on its feet.

“Our costs are out of control, and for an industry that has already been battered so badly over the past two years, this is definitely a challenge,” Ware said.

Ware expects the company to sell turkeys, but “that’s just the reality when you have a holiday like Thanksgiving where the demand for turkeys is skyrocketing for one day a year.”

Best Thanksgiving Recipes and Tips for Planning the Perfect Dinner