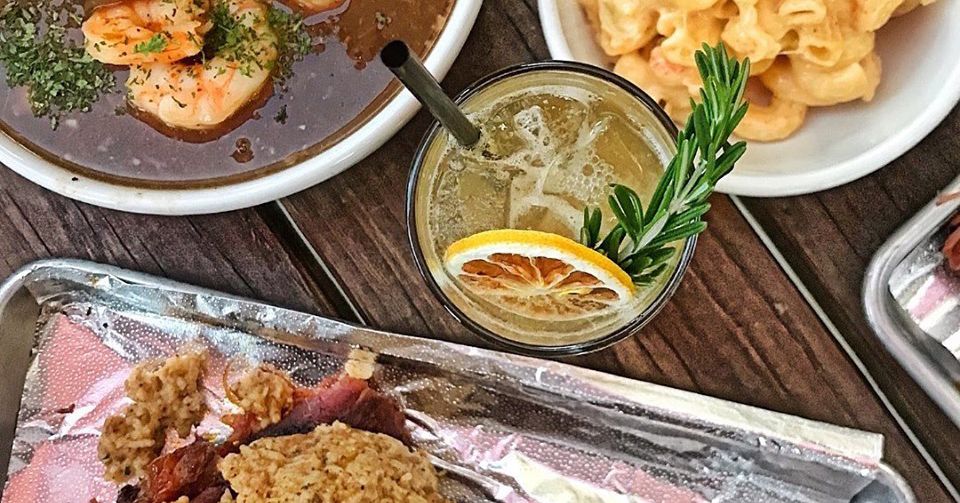 Savoy Ice House, from the mind behind the turkey thigh hut, will open next month

Welcome to AM Intel, a (mostly) daily roundup of Houston’s hottest restaurant news.

Trying to stay on top of Space City’s endless food scene? Keep up to date with the hottest new openings, essential dining and more by subscribing to Eater Houston bulletin, and follow us on Twitter, Facebook and Instagram.

Savoy Ice House, the Third Ward watering hole in the spirit behind Turkey Leg Hut, has finally set a date for its smooth opening.

A post on the bar’s Instagram page indicates that the business will open on Saturday, October 30, with a costume party and a cocktail party. The bar, located at 4402 Emancipation Ave, Houston, has been under construction since at least 2019, when TLH owner Nakia Price teased in a Fox 26 article about the Turkey Leg Hut battle with her neighbors in Third Ward.

The Savoy is billed as the neighborhood’s “first urban cooler,” with decor that includes vintage motorcycles, walls covered with street art, and a large outdoor patio. The bar will also include a VIP room with a private terrace and private toilets, as well as an outdoor bar in an Airstream trailer. Eater has contacted the TLH team for more details, including whether one of the restaurant’s food trucks will be on hand to serve stuffed turkey thighs.

In February, the bar – which was unfinished at the time – was the scene of an alleged assault in which TLH co-founder Lynn Price was charged with lashing and then threatening to kill an acquaintance. A hearing for this case is scheduled for October 21.

3 Fibs Coffee & Wine is a project of Michael Caplan, co-founder of Siphon Coffee in Montrose, and Tim Leyden, the mind behind EaDough Waffles. The cafe will serve waffles by day, as well as roast coffee by Cleo Roasting Co, (also owned by Caplan), and transform into a wine bar by night, with charcuterie boards and wine from Mexico and North America. South.

According to CultureMap, the name 3 Fib refers to the questionable newspaper ad the Allen brothers published in 1836 offering land for sale in Houston. The cafe is right across from Allen’s Landing, known as the site where the city was founded.

Beck Prime, the Houston-born restaurant known for its never-frozen Angus burgers, is closing in the Heights. The small chain’s location at 115 West 19th Street will close on Thursday, September 30. Staff at that restaurant will be relocated to one of nine other Houston locations, according to a press release. Becks did not list a reason for the shutdown.

Candy Corn Turkey Dinner is back with 2 new flavors