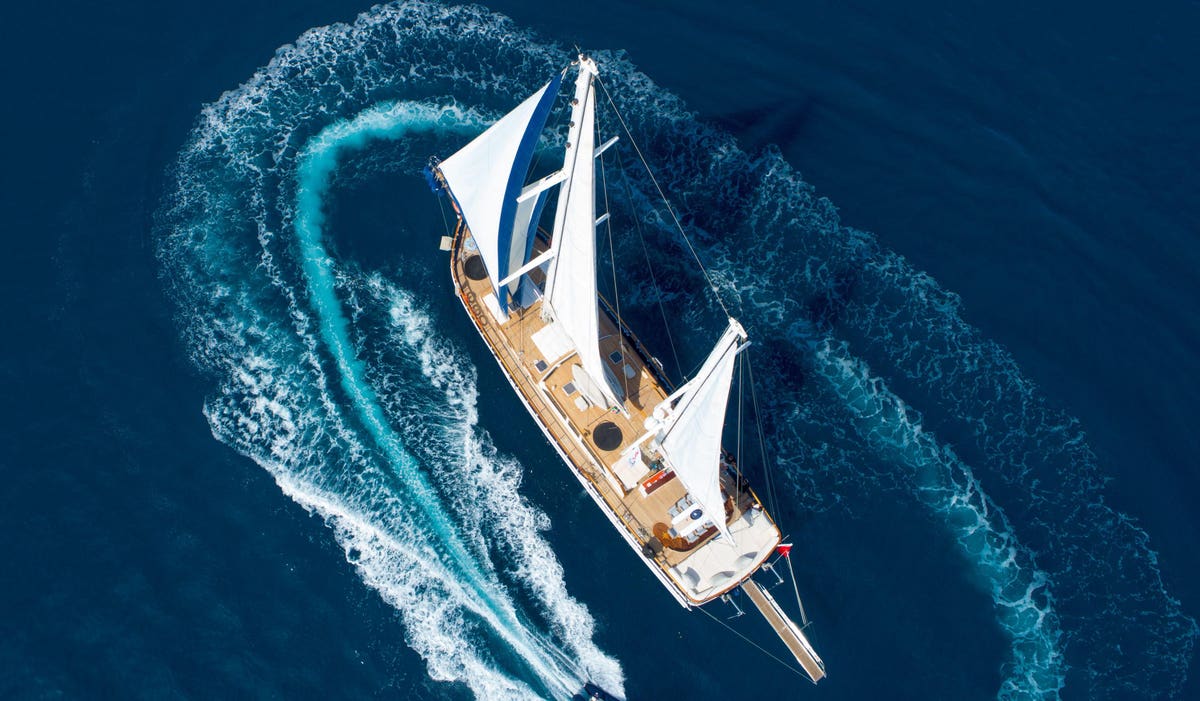 When Loes Douze started a sailing business in the brilliant waters of southwestern Turkey, hardly anyone went to Bodrum. It was 1993, after all, when the world had yet to discover the Turquoise Coast, a place that lives up to its name (not exactly drawn from the shadow of the sea, but might as well have be).

What a difference three decades make. Now these waters, especially aboard a traditional Turkish schooner Where ketch (wooden sailing yacht) – are one of the most popular sailing destinations in the world and a bucket list item even for budding sailors. A quick Google search reveals dozens of companies offering charters.

But the company of Twelve, ScicSailing, still stands out. First, there is the pioneering experience that she and her Turkish business partner bring to the proceedings. Then there’s her dedication to the name, which stands for Sailing Cruises in Comfort and which she pronounces “chic” (also appropriate), with a hint of her native Dutch accent. Everything is understated but neat, from the inflating cushions to the presentation of the Turkish breakfast on deck every morning.

For people who care about boats, here are some details. Scic has a classic ketch fleet yachts with modern schooner rig and sails with an area of ​​approximately 4,300 square feet. They have cabins that can accommodate between 6 and 16 people, each with its own shower and toilet, and a very friendly captain, chef or one or two crew members. “Comfort” yachts are exactly that, with individual cabins for couples or solo travelers (there is no single supplement), while “luxury class” ships are available for private charters and feature hotel-style rooms with freestanding beds and sometimes jetted tubs.

For people who care about experiences, here are some impressions – calm, happy, friendly, pleasant and totally relaxing. It’s about spending hours tanning your head in a book or just soaking up the scenery. It’s about the sensation of feeling the water when you jump in to cool off with a snorkel or swim. It’s about the exhilaration of feeling the wind in your face when the sails are raised – something else that happens far more often with Scic than with many of its competitors. Crews love the challenge of sailing and the boats can reach up to 12 knots, or almost 14 nautical miles per hour. (It seems faster than it looks.)

The one, two and three week “itineraries” are quite free. There are 14 indicative itineraries of one or two weeks, departing from the port of Bodrum itself, Marmaris or Gocek. But the details change every time with people’s moods and winds – which bays guests use for swimming, which islands the boat anchors nearby and what activities they do on land.

With the yacht full of travel journalists looking for experience during my last week cruising around Bodrum, we planned a relatively high number of stopovers, at least one a day. There was a walk around the ancient Greek archaeological ruins of Knidos Antik Kenti and its particularly interesting Temple of Aphrodite, with a knowledgeable and colorful local guide. There was a sunset stop at Gokagac beach to climb the hill for the view and a great barbecue on the pebble beach, and a walk around Kedrai Antik Kenti, another excavation site, this one dating from the 6th century BC and with an impressive amphitheater by the azure sea.

But it was the food-related stops – not to mention all the sumptuous and delicious Turkish cuisine presented at regular intervals on the boat – that left the most passionate memories. (Perhaps I am exceptionally fond of delicious and unusual dishes.) There was the simple beachside fish restaurant at Karacasogut near Marmaris, and the bustling Oren Farmer’s Market, its stalls filled with all manner of food. olives, piles of cucumbers and all manner of tasty tomatoes.

Then there was Garova Vineyards, reached via thrilling 4×4 to Karova, where the winemaker decided almost 20 years ago to make low-intervention natural wine after examining the vines on his property and researching the methods used 5,000 years ago. The next day there was Etrim Doga, a restaurant within a carpet weaving cooperative that serves a particularly epic Turkish breakfast, not only vegetables, olives, cheese and herbs, but also specialties like the egg and pepper dish called men donuts soaked in syrup called lokma.

The farewell dinner was back on the mainland, at one of the best restaurants in Bodrum’s bustling marina, Memedof. Waiters moved swiftly between the narrow tables, their trays – as usual – laden with food. Tables of local businessmen held court between other tables of visitors, chatting in so many languages. It’s the kind of lively restaurant that makes me happy: people live well, have fun and share the experience with others.

But I’ll admit the hustle and bustle came as a bit of a shock, after a dreamy, smooth, small-group week at sea. No wonder around 70% of Scic’s customers are returning customers, with some booking up to twice a year – and in one case, Twelve told me, a couple who would embark again soon after my trip, 20 years after they first met. on board as solo travelers on their very first sailing trip with Scic.