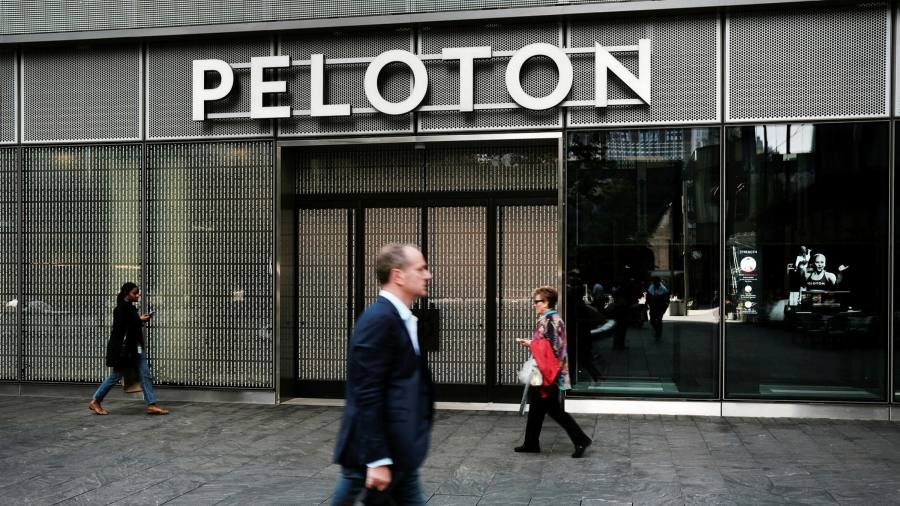 Private lenders including Blackstone and Apollo joined public loan investors in bolstering Peloton’s balance sheet with $750 million in new debt on Tuesday, a sign of how the lines are blurring between two separate capital markets.

Peloton, known for its web-connected exercise bikes, announced plans for the financing deal last week as it revealed mounting losses and dwindling cash on its balance sheet.

The transaction, led by JPMorgan Chase, closed quickly thanks to the early support of a handful of private lenders who joined traditional investors in the business loan market. Orders for the $750 million in debt reached $1.5 billion, people familiar with the deal said.

Private capital, usually deployed through deals negotiated directly with companies, has grown in public markets where a host of asset managers, hedge funds and other investors compete for arranged debt allocations. by the banks.

The new source of funds has offered a lifeline to businesses that might otherwise be stranded, with recent examples being Carvana, a used car retailer, and CDK Global, a software company. Issuance on public debt markets has fallen this year.

Peloton’s appetite for debt contrasts with demand from its equity investors. The company went public in September 2019 and quickly became a symbol of the pandemic stock market boom, which sent shares of groups that served people working, exercising and playing at home soaring.

But shares of Peloton have fallen about 90% from their peak, pushing its stock valuation from more than $40 billion to $5 billion. This year, the company cut jobs and replaced co-founder and chief executive John Foley with Barry McCarthy, a veteran of the Netflix and Spotify subscription businesses.

Despite efforts to cut costs by $800 million by 2024, McCarthy said last week that cash outflows had left him “barely capitalized” for a company of his size. Peloton ended its third fiscal quarter with $879 million in unrestricted cash and cash equivalents.

Underscoring the influence and firepower of private lenders, the deal closed so quickly that Peloton did not get a debt rating, which is usually needed to attract investors.

“The lack of a rating and the uncertainty of what it may be is definitely a barrier for some investors in the market,” said one loan investor.

The interest rate is already above the average loan market yield of 5.7%, according to an index maintained by the Loan Syndications and Trading Association.

An Expert Responds to Your Most Common Payday Loans Questions