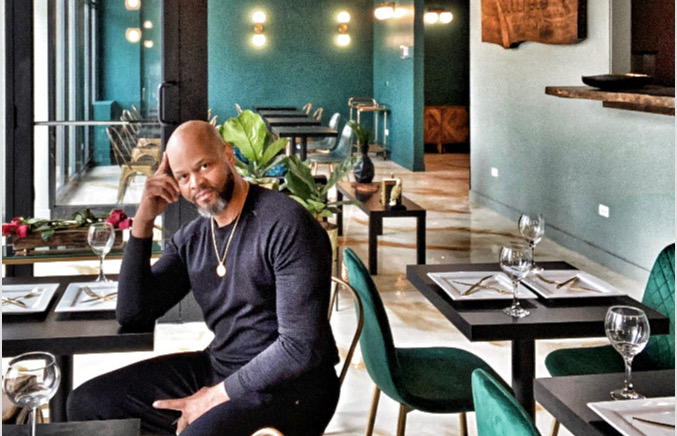 NORTH LAWNDALE — The opening of a soul food fusion restaurant in North Lawndale will bring an upscale yet affordable dining experience not yet offered in the neighborhood, according to its executives.

It will open in May at 3804 W. 16th St. on the ground floor of the MLK Legacy Apartments, a mixed affordable and commercial housing building on the site where Martin Luther King Jr. lived during his campaign against Chicago redlining in 1966. .

Soul Food Lounge will begin to meet the demand for a sit-down restaurant in North Lawndale so residents no longer have to leave their neighborhoods for this kind of dining experience, Love said.

“We can really create a great dining experience for community members where people will also see it as a place to go,” Love said. “If you can find quality businesses and experiences in the community where you sleep, you’ll want to stay there rather than always leaving the community. You can have great experiences in your own backyard.

The restaurant specializes in soul fusion, which uses traditional Southern cuisine as a starting point to introduce undiscovered flavors of Italian, Asian and Latin cuisines to foodies, Love said.

“I’ll meet you where you are, but let me show you something else while you’re here.” It’s not just mac and cheese; it’s truffle mac and cheese. These are southern fried pork chops with a sweet and spicy glaze inspired by Asian flavors,” Love said.

Providing quality dining experiences on 16th Street, which was historically an economic center of the neighborhood, has been a goal of the Lawndale Christian Development Corporation for several years. The group has long spearheaded efforts to create affordable housing and homeownership opportunities in the neighborhood.

When Lawndale Christian Development Corporation built the MLK Legacy apartments, its plan was for the building to “play a role in the redevelopment of Lawndale’s economic base,” said assistant manager Whittney Smith.

The organization’s leaders wanted to ensure that community partners support the commercial spaces on the ground floor to strengthen the local economy and provide services and experiences to make Lawndale a place where the people who live there grew up would like to stay. Already within the building is a community wellness center operated by St. Anthony’s Hospital and the MLK Exhibit Center, an event space and cultural attraction that showcases King’s work in Chicago.

A restaurant will further enhance the supply in the area by giving residents a place in their own neighborhood to sit down and share a meal, Smith said.

“A system of restaurants and bars and neighborhood restaurants, that’s how we complement our housing work, our organizing work,” Smith said. “It’s a space that will welcome you and your growing family, your needs and your desire for community.”

Having a range of dining options and other basic services isn’t just a nice perk, Love said.

“This stuff is what everyone in every community deserves,” Love said.

The team that brought Soul Food Lounge to life intended to create a restaurant where every element reflected the tastes, history and culture of the surrounding community, Smith said. With many locals sharing Southern roots, soul food is a powerful way to “speak to the cultural background of our former residents,” Smith said.

The restaurant’s design also reflects the cultural identity of the neighborhood, including King’s history there. The walls incorporate a mural that “commemorates African American music, jazz, and history,” Smith said.

“The goal was to center it in black culture and black life in a way that elevates the experience of people entering and transports them to this luxurious environment, because Lawndale can be that too,” Smith said.

Subscribe to Block Club Chicago, an independent, 501(c)(3), newsroom run by reporters. Every penny we earn funds neighborhoods across Chicago.

Click on here to support Block Club with a tax deductible donation.

Thank you for subscribing to Block Club Chicago, an independent, 501(c)(3), journalist-run newsroom. Every penny we make funds Chicago neighborhoods. Click on here to support Block Club with a tax deductible donation.