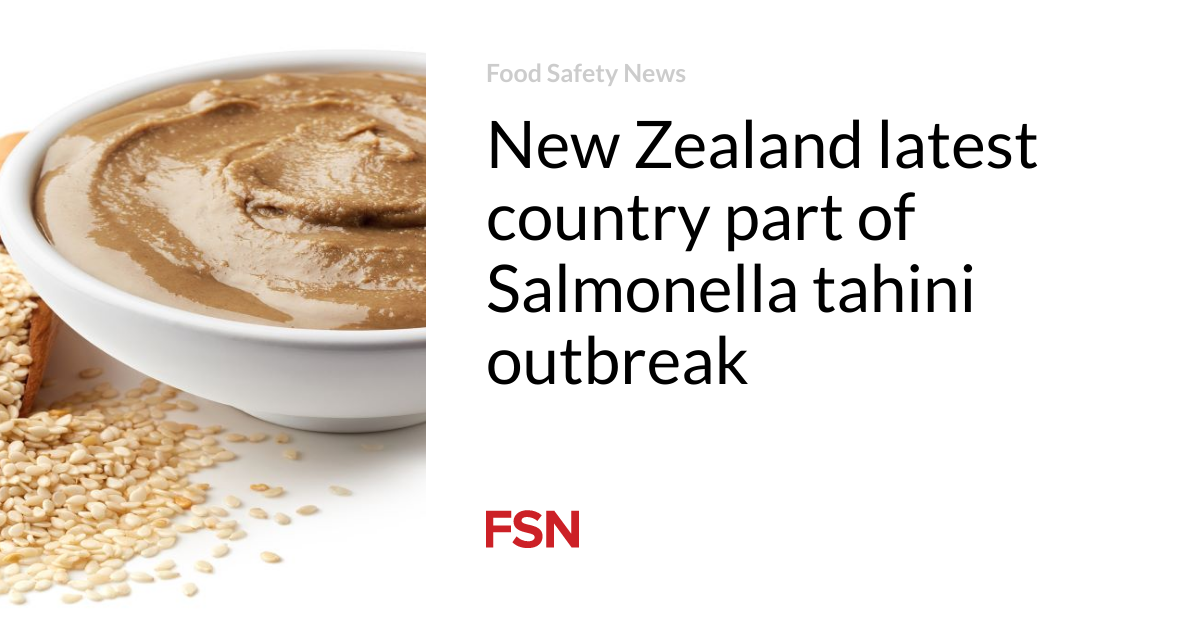 Syria tahini has been linked to a trio of illnesses in New Zealand and recalls continue across Europe.

All three patients were infected with Salmonella Kintambo. Patients have already been reported in the United States, Canada and across Europe as part of a wider outbreak.

In late July in New Zealand, Middle East recalled specific lots of Algota brand sesame tahini due to the possible presence of Salmonella.

Vincent Arbuckle, deputy chief executive of New Zealand Food Safety, said: “We can confirm that we have three reports of associated illness. We are unable to provide information on these cases for confidentiality reasons.

“As is standard practice for recalls that have occurred in other countries, we have contacted food safety officials in Europe and will continue to update them.”

The recalled products were sold in various package sizes in a plastic container or pail at a store in Wellington. They have lot marking 498 or 359.

Previously, the United States reported six cases of Salmonella Mbandaka, one in 2020 and five last year.

In Europe, 121 people had been affected since January 2019 in five countries, with Germany being the most affected.

Since mid-June 2022, Germany has issued 11 Rapid Alert System for Food and Feed (RASFF) notifications regarding Salmonella in tahini, halva and sesame paste from Syria .

In April, Norway reported two illnesses due to Salmonella Senftenberg and Salmonella Orion in halva products from Syria.

Through a series of drop-down menus, users can provide information on food safety in New Zealand. It includes guidance on which complaints can be made online and which should be sent to a local authority, to help ensure food safety risk alerts are sent to the right contact. Anyone completing an online form will be contacted by a Food Compliance Officer.

“Consumers play an important role in the food safety system — by filing a complaint, you help keep your communities safe. If you notice anything wrong, we encourage you to let us know so we can get to the bottom of it. Consumers need to be reassured that whatever the reason, if anything unusual has happened or been discovered, even if it seems unique, reporting them helps ensure safe food consumption for all. “said Arbuckle.

“For the most part, companies follow good food safety standards and work with us to eliminate any unsafe or non-compliant food to prevent it from becoming a bigger problem. Of course there will be safety issues. With this in mind, we’ve made it easier for people to alert us to potential issues through our new online tool.

Menu of food, music and arts to enjoy at Llanfyllin Fair