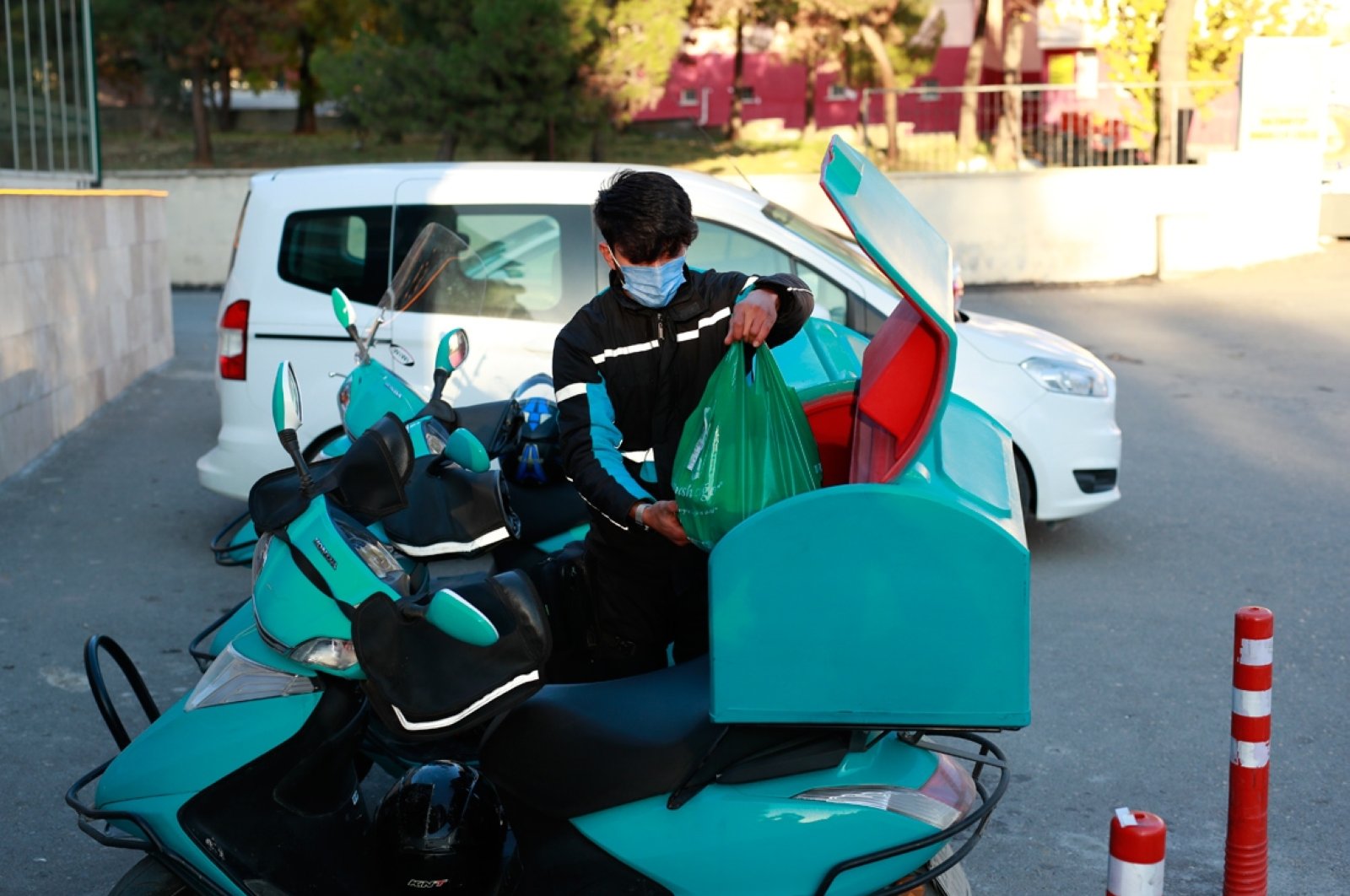 A staple of the roads for years, motorcycle couriers are finding that their business is booming amid the coronavirus pandemic in Turkey. As their numbers multiply, their race against time is raising concerns about road safety. Especially in large cities, couriers are a danger to themselves, pedestrians and vehicles. Some cross sidewalks to avoid traffic although it is illegal to do so, others blatantly ignore traffic lights, often ending in accidents.

They are not at fault, however. Experts in the flourishing industry accuse contractors who cut corners and create difficult working conditions to be the source of these security breaches.

Most couriers work up to 15 hours a day, going from customer to customer, carrying goods ordered from e-commerce websites and food to restaurants. An article in the Milliyet newspaper indicates that very few couriers, especially in Istanbul, have insurance. Instead of working directly for companies, they work for subcontractors who service these large e-commerce companies or restaurant chains. They earn per package they transport. Carrying as many packages as possible per day means more income, which sometimes amounts to $ 1,350 per month (12,000 TL), a salary almost twice as high as average wages.

Murat Tomris, head of the Istanbul Motorcycle Couriers Association, says the country’s most populous city has more than 50,000 couriers. Tomris told Milliyet that e-commerce companies and food delivery companies hire “anyone with a motorcycle and a helmet.” “But most of these couriers don’t wear helmets and don’t maintain their vehicles properly. They drive on the sidewalks, change lanes at random in violation of the highway code. But these people have to rush to win. They are paid regularly if they do not exceed the average delivery time of forty minutes, ”says Tomris. He said couriers are becoming “modern slaves” and although they earn well, their wages are cut in half because they have to pay their own taxes and insurance premiums. Mustafa Özdemir, who runs another courier association, says companies that avoid liability for road safety violations by hiring contractors are further fueling this dangerous trend. “The couriers have no safety equipment and their inspections are lacking,” he said.

Nihat Özdemir, who heads the Akdeniz Motorcycle Couriers Federation based in the southern province of Antalya, says the “current system” pushes them into security breaches. “We work late at night from the early hours of the morning and have to race against the clock. We must deliver on time so that the customer does not complain. Every customer complaint means reduced parcel payments, ”he recently told the Ihlas News Agency (IHA). “We are asking companies to end the rating system. This is something that can be exploited by customers, who sometimes file a complaint even without delay, ”he said. Unlicensed couriers are also a risk for them, says zdemir. “In Antalya, we have more than 2,000 licensed couriers but also more than 20,000 people working without a license. This creates competition and makes the job more difficult for the couriers, ”he said. He also complained that some companies did not want to pay the maintenance costs of motorcycles and that desperate couriers had to agree to maintain them with their own funds.

A coffee that will make you cat-a-tonic