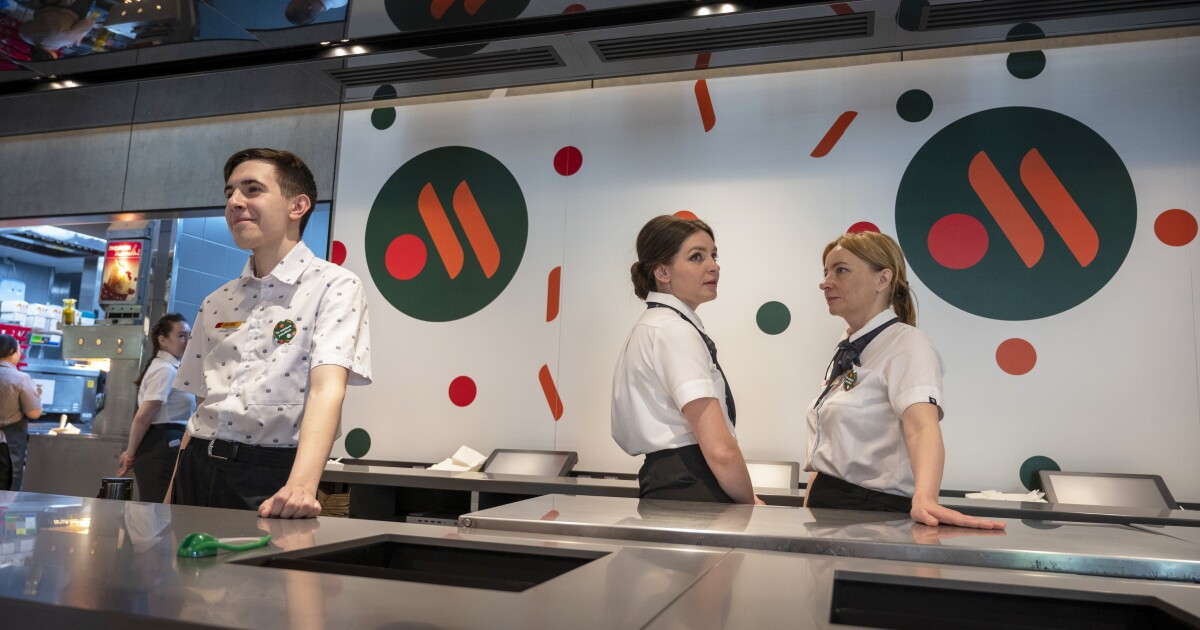 Three months after McDonald’s operations in Russia were suspended, hundreds of people flocked to its famous former outlet in Moscow’s Pushkin Square as the restaurant reopened on Sunday under Russian ownership and a new name.

In March, McDonald’s halted operations at its company-run restaurants in Russia. Although some run by franchisees remained open, the action of the multinational fast-food chain was one of the most visible responses by foreign companies to the dispatch of Russian troops to Ukraine.

Two months later, McDonald’s decided to leave Russia altogether and sold its 850 restaurants to Alexander Govor, who held licenses for 25 franchises in Siberia.

Govor is moving quickly to reopen closed outlets. It was only a few hours before the opening of the restaurant in Pushkin Square that the new name of the Russian chain was announced: Vkusno-i Tochka (savory period).

The logo is different, but still alludes to the golden arcs: a circle and two yellow oblongs—representing a beef patty and fries—configured into a stylized M.

Fifteen of the old McDonald’s reopened in Moscow on Sunday. Oleg Paroev, the chain’s general manager, said he was aiming to open 200 by the end of the month.

As part of the sale agreement, the monetary terms of which were not announced, the new operation agreed to retain the 62,000 people McDonald’s employed before its exit.

The crowd at the Pushkin Square outlet, large and bustling as it was, was no match for the turnout for the opening of McDonald’s in 1990, when people lined up for hours. At that time, McDonald’s had a psychological and political resonance beyond hamburgers.

The opening was the first glimpse most Muscovites had of Western consumerism and service efficiency, as well as a sign that the Soviet Union was slowly letting its guard down and allowing foreign culture to enter the country. .

On Sunday, that earlier symbolism echoed Sunday’s reopening with a note of nostalgia.

“It’s a historic place – the flagship of McDonald’s,” Govor told reporters. “I’m sure it will be the flagship for us.”

Inside, the restaurant looked like a brotherly twin of itself. There were touch screens for placing orders and counter workers wearing familiar polo uniforms.

“We are sure that our customers won’t notice any difference between us,” Paroev said. However, he said, the company will look for a new supplier of soft drinks as it has limited stocks of Coca-Cola.

Newsy is the only free 24/7 national news network. You can find Newsy using your TV’s digital antenna or streaming for free. Find out all the ways you can watch Newsy here.

Yunib Siddiqui, CEO of ‘Jones the Grocer’ on expanding his chain of stores