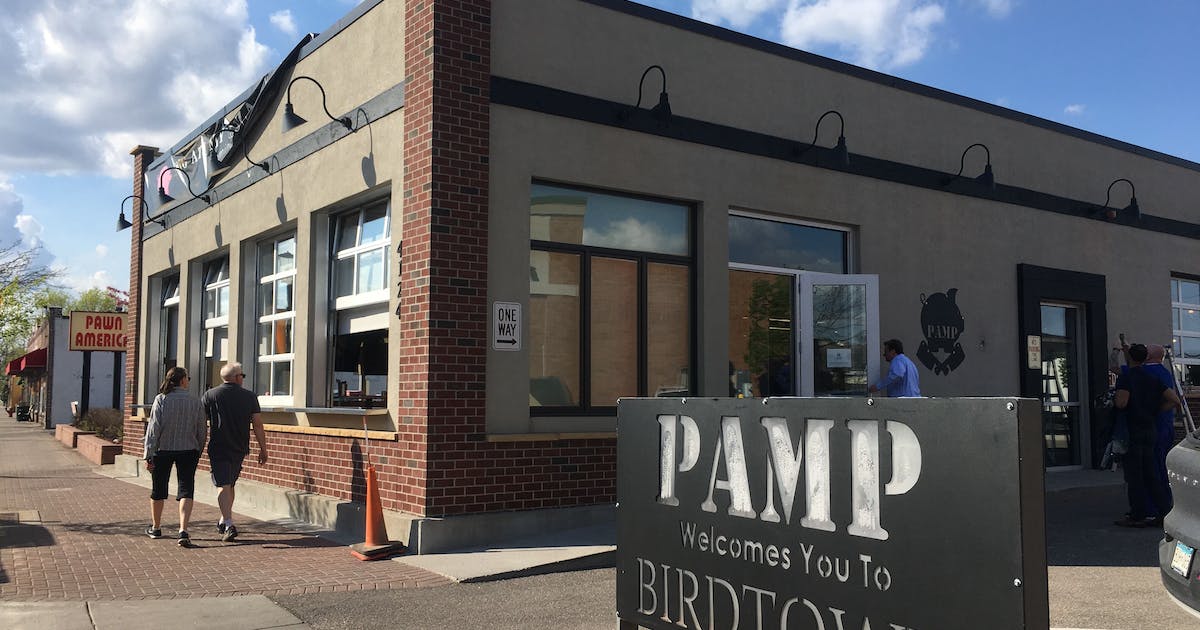 The end of the year usually brings a sad string of restaurant closings, and 2021 was no exception. Among them was PinKU Japanese Street Food (20 University Av. NE., Mpls.), Which ended with a final New Years Eve party. The creative and laid-back restaurant has had an impressive run, at one point extending to cooperative take-out food and at a point of sale at the MSP airport.

Another great loss is Black Dog Coffee (308 E. Prince St., St. Paul), a Lower Town hub for over 23 years. Co-owner Sara Remke posted a notice on the door and on her Facebook page announcing the cafe’s closing. The concert hall, café-bar and restaurant will host a farewell event on January 15th.

In better news, new restaurants are joining the scene.

Opening January 6 is Carbon Kitchen + Market, the place for charcoal beef sandwiches from the folks behind Gastrotruck. Carbon was one of the first vendors at the Graze Food Hall in the North Loop. He now has his own home at 2400 University Av. NE., Mpls. (carbonkitchenmarket.com).

New Brewery by Work opens January 8 and takes over Work’s former pizzeria, Pig Ate My Pizza (4124 W. Broadway, Robbinsdale, nouvellebrewing.com). The brewery features the same cast of characters and the same kind of cuisine that Travail fans know, minus the pizzas.

Spice & Tonic (903 Washington Av. S., Mpls., Spiceandtonic.net) is a new Indian restaurant from Joginder Cheema (formerly Bukhara Indian Bistro, among many others). It opened in mid-December in the former Sanctuary Space in downtown Minneapolis.

What started as a food trailer in 2016 with a single egg roll flavor is now Sumo & Smoh, an “interactive” brick and mortar restaurant with 23 kinds of spring rolls, noodles, colorful desserts and a selection of games – think virtual reality and the escape room. (1579 N. Hamline Av., Falcon Heights, sumosmoh.com).

And the latest addition to the The Wild Bill Sports Show The brand opened in mid-December opposite the Xcel Energy Center, taking over the former Irish bar the Liffey (175 W. 7th St., St. Paul, wildbillssportssaloon-stpaul.com).

The Hot Dog Box, a hit sausage spot started by the father-daughter duo, hits the Six Corners store this month

About the cafe society: being in Yeldeğirmeni