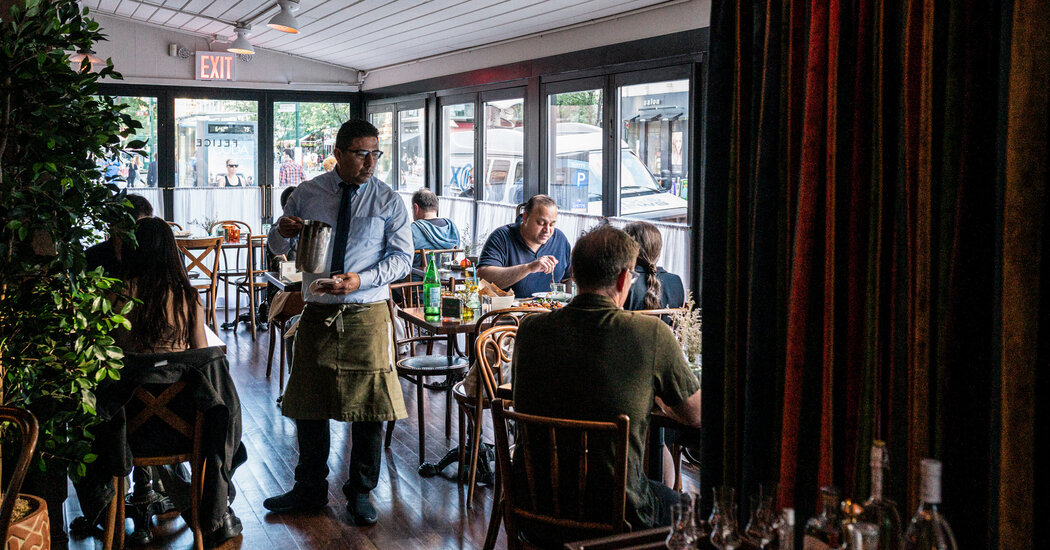 Felice opens branch on the Upper West Side

Restaurants often open in the hope of winning the loyalty of neighborhood customers. In this Upper West Side addition to the Felice restaurants, with locations on the Upper East Side and elsewhere, Iacopo Falai, a native of Florence and culinary director of SA Hospitality, which owns the restaurants Felice and Sant Ambroeus, made his mark. homework. â€œIt’s neighborhood hospitality,â€ he said, adding a platter of smoked fish, fresh and smoked salmon rigatoni, and even salted herring with jardiniere to the otherwise Tuscan menu. Plate-sized, thin-crust pizzas are also available, and Italophiles can choose from over 10 pastas, a long list of starters and salads, and a selection of main dishes. A 20-seat bar, which takes up most of the airy and well-windowed 65-seat dining room, specializes in Negronis, with the option of designing your own. The restaurant, accented with dark wood, isn’t as cozy with leather banquettes as some of the others in the group, but there is a well-upholstered lounge on the lower level that will open in late September. A few tables are set outside.

After a pandemic slumber, restaurateur Stephen Starr woke up the beautiful second-floor dining room of Fotografiska New York, the museum of photography, with new executive chef, Wolfgang Ban. Mr. Ban, who owned several restaurants and bars in New York City, has retained much of what former chef Robert Aiken served. The menu, like the potato pierogi, Viennese schnitzel and salmon coulibiac, already reflected the food of Eastern Europe and Mr. Ban’s native Austria, but he changed a good one. number to adapt them to his approach. Chicken in puff pastry with Riesling sauce, Newburg lobster and veal goulash served with roasted peppers and cumin balls are some of his new dishes. For now, the restaurant will be open for dinner only from Wednesday to Saturday. (Open Wednesday)

They’ve been hosting pop-ups for about a year, but now Amir Nathan and Jordan Anderson have taken to the Lower East Side for their vibrant Mediterranean cuisine. The restaurant will start with a breakfast that includes the must-have bacon, egg and cheese sandwich, but theirs is rolled in a flaky boureka. An all day menu follows. They will also sell groceries like Palestinian olive oil and prepared foods like baba ganoush and spicy tuna preserva. There are seats inside and outside. (Friday)

A fourth edition of this Los Angeles import has just opened. It first arrived in New York City in 2016 and is known for its reasonably priced menus, which generate long lines as reservations are not accepted. The new restaurant has a spacious outdoor waiting area, but no outdoor seating.

Most expensive foods on London menus, from £ 40 appetizers to £ 310 from sushi tasters