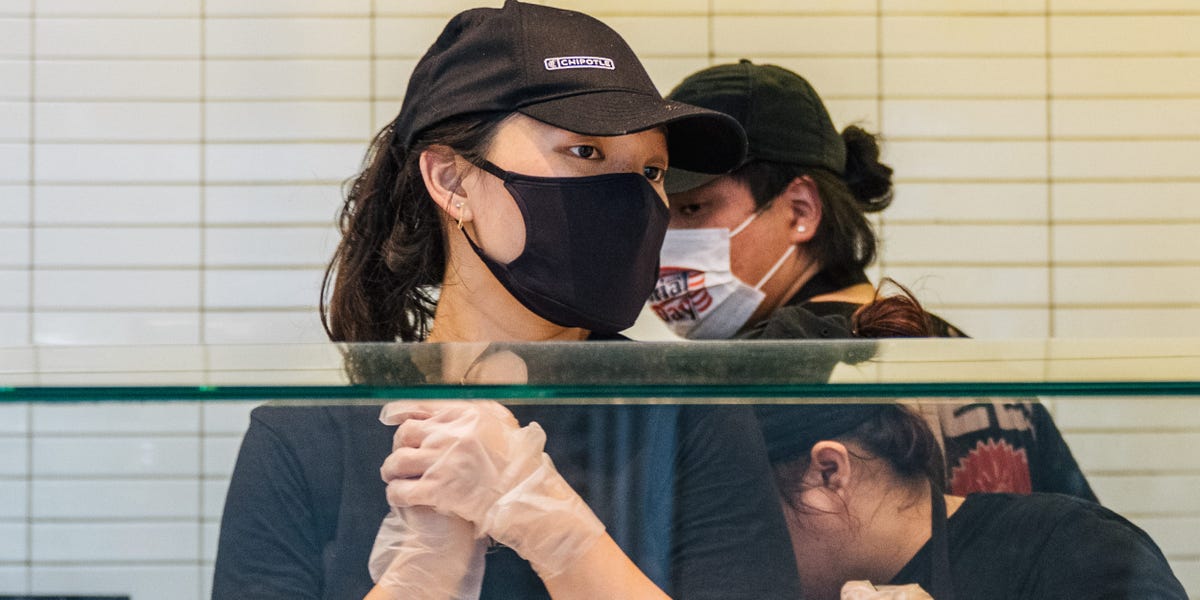 Rising ingredient and transport prices within a beleaguered supply chain have resulted in higher menu prices at several popular fast-food chains, leaving workers to deal with growing questions and frustration from clients.

And while some companies have made changes such as higher wages and improved benefits over the past year to accommodate labor shortages and demands for better working conditions, 11 Fast-food workers told Insider that wasn’t enough to offset the recent onslaught of customers. harassment.

The employees – who work at major chains such as McDonald’s, Chipotle, Starbucks and Dunkin’ – spoke to Insider anonymously to protect their jobs and their employment status has been confirmed.

“Customer harassment is a major problem”

Workers who spoke to Insider all agreed that as prices go up, customers feel they are entitled to service changes, whether that means extra food, perks, or attention and attention. employee energy.

“I’ve dealt with customers yelling at me like I’ve changed it,” one East Coast Chipotle worker said in reference to the price hike, adding that in several cases customers “act like I’m scamming them”.

Usually, customer aggression is triggered by long waits, problems with an online order or a location missing an ingredient, a Chipotle kitchen manager in the Midwest told Insider.

It’s a common theme across all companies, according to employees. A Michigan Dunkin employee said more than one customer had tried to jump over the counter after discovering the desired ingredient was not available.

In a more extreme case, a Chipotle cashier in New York said someone threatened him with a gun when he was confronted with the $11.43 price of his bowl of chicken. Another, in California, said his manager was tackled by a customer over guacamole.

“Customer harassment is a major problem,” a cashier at McDonald’s in North Carolina told Insider, even about something as minor as a 10-cent raise for a cup of senior coffee — the the company’s discounted beverage offering for customers over the age of 55.

He added that customers increasingly seem to think “it’s okay to emotionally abuse workers and leave a mess”.

Despite their anger with workers, customers aren’t letting higher prices stop them from getting their orders.

Chipotle just said sales were up 16% from the same time last year, and McDonald’s sales were up 3.5%, despite price increases in both. Instead, it seems workers are left alone on the front lines to deal with the frustration of customers, who will always reluctantly pay higher prices after venting their anger at workers breaking bad news.

All workers polled by Insider agreed that the COVID-19 pandemic played a part in the worst customer behavior, with recent price hikes becoming a breaking point.

Angry customers will “always be a threat to your safety and sanity,” in the restaurant business, the New York Chipotle worker said.

A Starbucks spokesperson told Insider that employee safety is a priority and that all customers should treat them with respect. Representatives for McDonald’s, Chipotle and Dunkin’ did not respond to Insider’s requests for comment.

Do you have a story to share about a chain of stores or restaurants? Email this reporter at [email protected]