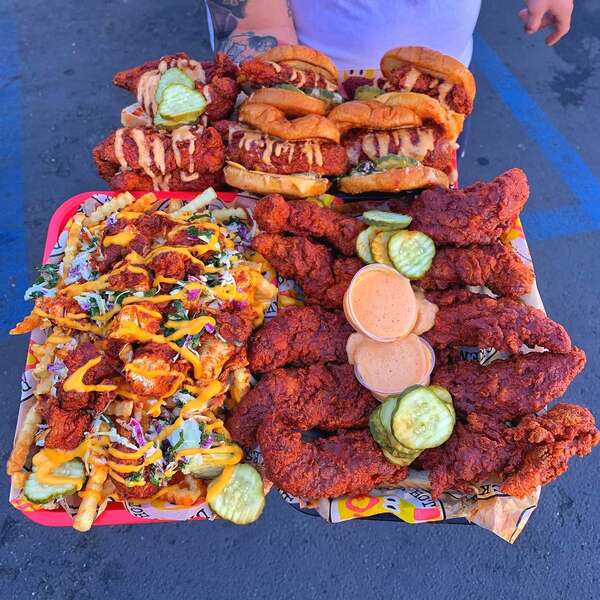 Everyone has a soft spot for their favorite hot chicken spot. There’s something to be said for a perfectly spiced and crispy piece of fried chicken – it can fill any holes in your heart. So it makes sense that Drake, the number one sweet boi (and certified Lover Boy), loves his hot chicken spot so much that he’s decided to put his money where his mouth is.

On Monday, it was announced that Drake had invested in Los Angeles-based Dave’s Hot Chicken. According to Bloomberg, Drake is one of the chain’s biggest investors, with a stake in the company. Existing investors in the company include Samuel L. Jackson and Boston Red Socks President Tom Werner.

Dave’s Hot Chicken started out as a pop-up in 2017, before opening a store in East Hollywood. Just four years later, there are 22 locations in California and Las Vegas, Chicago, Dallas and Portland. And the growth won’t stop anytime soon. Much like Drake himself, the chain intends to expand into the United States and Canada. The company sold franchise rights for 500 locations. Chances are you’ll be able to try Drake’s favorite hot chicken in a town near you soon.

“I tried the food and it was amazing,” Drake said in the announcement of his investment. “After meeting the founders and hearing their stories, I jumped at the opportunity to invest.”

If you’re wondering what to order once the chain opens up in your area, Dave’s specializes in hot chicken fillets and sliders, with seven different levels of spice. The spicier option, Reaper, requires a signed waiver to eat.

Too many sandwiches on this campus have tomatoes

The Athens Food We Love