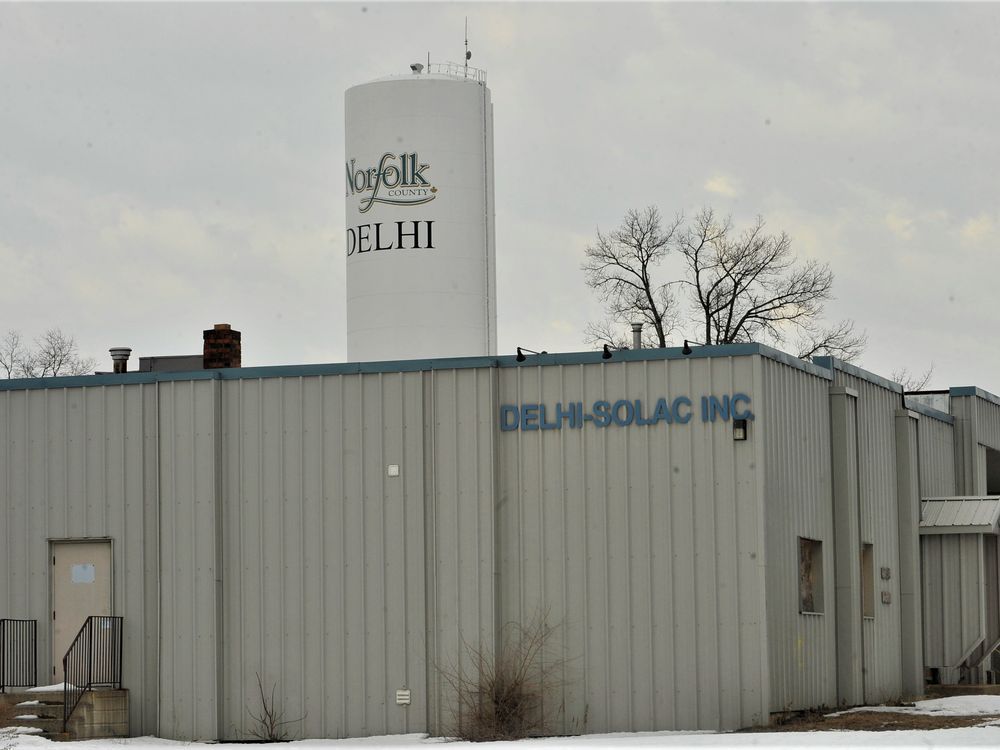 The sale of a long-abandoned Delhi building means $900,000 for Norfolk Council coffers and a potential 100 new jobs for the area.

County councilors were told on Tuesday that the former Delhi Solac industrial complex at 23-65 Waverly Street in Delhi has finally been sold after being unsuccessfully offered in a tax sale three times.

‘The property had been derelict for several years and was very unsightly,’ the councilor said. Mike Columbus, looking back at the history of the old company that made antennas in the 1950s, 1960s and 1970s until the internet took its toll.

The derelict property was assessed several years ago at over $1.2 million, but was offered for taxes due, which was last calculated at $475,154.

There were no takers due to concerns about an oil spill that occurred near the site years ago, so after three bids and no takers in a tax sale, the county seized the property, did an environmental assessment and relisted it.

This time, a numbered company associated with Mado Cafes bought the property for $900,000, and the deal closed on May 6.

Mado is a Turkish restaurant chain with outlets in over 20 countries. It serves Turkish delicacies, coffee, meals and Turkish ice cream made from goat’s milk and known for its soft consistency.

Mado first came to North America in a Toronto plaza and quickly added locations on Yonge Street and in the Square One mall. The company plans an expansion that involves using the Delhi property as a manufacturing plant, creating 100 jobs.

“I’m glad it was sold for a substantial amount because it was back taxes,” Columbus said. “A number of jobs follow, so it’s a good sale and I’m sure the neighborhood will appreciate that it comes under new ownership.

Com. Tom Masschaele has suggested that windfall proceeds from the sale be placed in a reserve account to pay for unsuccessful property assessment reviews where the county must reimburse homeowners for some of their taxes.

“I think we expect more calls on the road and that would be a good place to park those funds,” Masschaele said.

The Board agreed to consider an increase in the evaluation reserve in time for the 2023 budget.