Anti-migrant sentiment on the rise in Turkey

Turkish security forces take care of a child after irregular migrants were arrested at the border with Iran in Van, Turkey on August 6, 2021. / Getty

Turkish security forces take care of a child after irregular migrants were arrested at the border with Iran in Van, Turkey on August 6, 2021. / Getty

“There is unemployment in Turkey. If the Afghans keep coming in, our young people will be out of work,” said Selim Buru, a restaurateur in the town of Van.

The rise of anti-migrant sentiment is tangible in this border town of Iran. Many Afghans fleeing the Taliban recently tried to enter Turkey through the border of that city. Hundreds of people could have made the illegal crossing every day, although many more tried without success.

Turkey currently hosts more than 4 million refugees, of which around 3.7 million are Syrians, but Afghans are the second largest group.

When the Syrian refugee crisis began, Turkey had an open door policy and welcomed the Syrians as they fled the war. However, while it appears that many intend to stay, sentiment in Turkey has started to change. 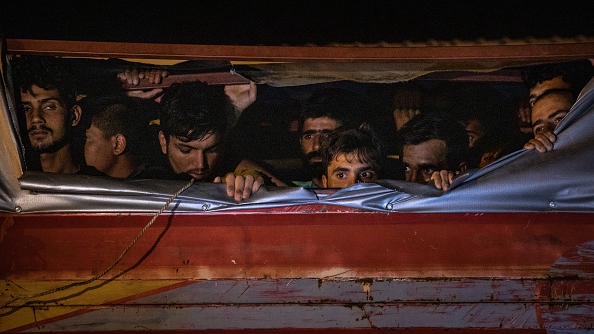 Afghan migrants monitor a smuggler’s truck after it was seized by Jandarma officers during a road raid, Van, Turkey, July 10, 2021. / Getty

Afghan migrants monitor a smuggler’s truck after it was seized by Jandarma officers during a road raid, in Van, Turkey, July 10, 2021. / Getty

One of the main factors is that the Turkish economy has suffered in recent years.

The COVID-19 pandemic has had an impact, but so have political crises with the United States and the EU, as well as controversial monetary policies. The Turkish lira has lost half of its value since 2018, and Turkey’s annual inflation rate reached 18.95% in July.

The Turks feel the pain.

“Our own people are unable to find work. Our government is obliged to feed these people, to provide them with jobs. It is problematic in every way,” said Turkish citizen Halil Yildiz.

Resentment against the refugees recently turned violent after an 18-year-old Turkish boy, Emirhan Yalcin, was fatally stabbed in a street brawl between Syrian refugees and locals in Ankara on August 10.

For two days, residents attacked shops and homes of Syrians in the district of Altindag where the incident occurred. 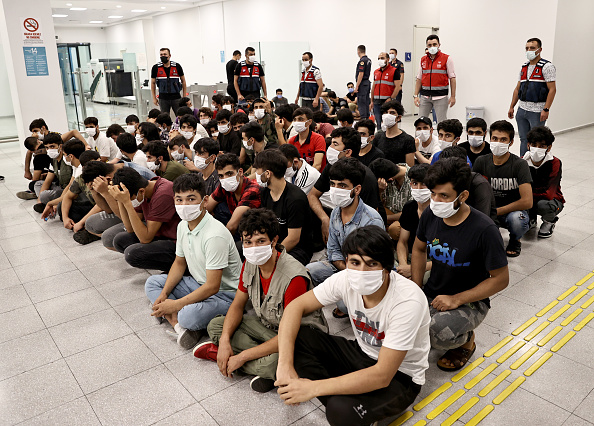 Afghan illegal migrants wait to be deported at a repatriation center at Istanbul Airport in Istanbul, Turkey, August 13, 2021. / Getty

Afghan illegal migrants wait to be deported at a repatriation center at Istanbul Airport in Istanbul, Turkey, August 13, 2021. / Getty

The Platform for Solidarity with Syrian Refugees criticized the vandalism of residents and said: “No group, not just asylum seekers, should be collectively blamed for an individual crime.”

The Turkish government has said it cannot bear the burden of a new wave of immigration. President Recep Tayyip Erdogan also said that Turkey could not be a “transit hostel” for migrants.

Turkey’s main opposition has criticized the government for its refugee policy and pledged to “solve the refugee problem with common sense” when they come to power, saying they “will say goodbye to our guests with drums ”.

Meanwhile, many Turks quickly blamed the refugees for crimes such as burglaries. Racism and stereotypes against refugees on social media have also increased. Many in Turkey have wondered why the groups of Afghans arriving are made up only of young men.

Various plots have become hot topics on social media. Even the main opposition leader, Kemal Kilicdaroglu, has suggested that the arrival of so many young men without women and children is suspect and that the government turns a blind eye to the crossings.

However, Afghans entering Turkey illegally have argued that the journey across the Iranian border to Turkey is perilous and unsuitable for women and children.

Tropical Smoothie Cafe menu is much bigger than you might think

Simply on the moon for Silversea’s Silver Moon

Best food and drink at the 2022 US Open tennis tournament